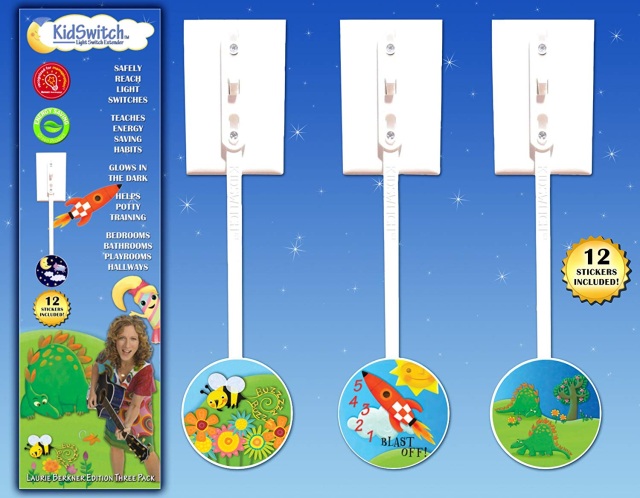 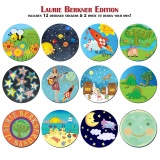 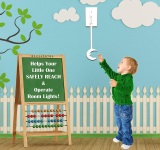 Now your child can say, "I did it myself"! It's so important to help our kids build self-esteem and independence. That's why these light switch extenders are perfect for children's bedrooms, bathrooms, playrooms, or anywhere your child needs extra confidence. Our award winning KidSwitch attach easily in minutes, so tots can turn their lights on and off all by themselves. As an added bonus, it glows in the dark, helping your child find their way at night. For ages 3 and up. Comes with two screws and made to fit most standard wall switches.

Also great for the elderly and disabled (for example wheel chair use). Dimensions: 13 1/2" in length.

NOTE: For use with Decora (flat style) switches, you will also need the KidSwitch Decora Adapater (sold separately).

When Laurie Berkner embarked on her career as a children's recording artist in the summer of 1997, she started small - personally filling orders of her first release (Whaddaya Think of That?) from her living room in Manhattan while still keeping up her preschool music teaching jobs. It wasn't long, however, before the 500 copies she originally pressed sold out, and Two Tomatoes Records was born.

In the meantime, Laurie's closets were becoming more and more stuffed. Two Tomatoes was taking over her living room with the 2000 re-release of her first recording on disc, and running the record label was no longer a part-time job. Laurie decided to give up her teaching to, as she put it, "reign in the monster!" In 2002, shortly before the release of Under A Shady Tree, it became clear that there was no longer enough space in Laurie and husband Brian's one-bedroom apartment for a record label. Two Tomatoes moved into a real office in New York City, with real staff including Shannon Chirone, John Waldman (Great Knight Productions), Corinne Barlow, Katie Messer, Michelle Puskas, Justice Longshore, and publicist Elizabeth Waldman Frazier.

It's one big happy family!

The Award Winning Product you can Trust!

KidSwitch is the winner of numerous prestigious awards including the Huggies "MomInspired" Award, Creative Child Magazine "Seal of Excellence" and "Top Toy of the Year" and the Buzzillions "Reviewers Choice" award (3 years)!